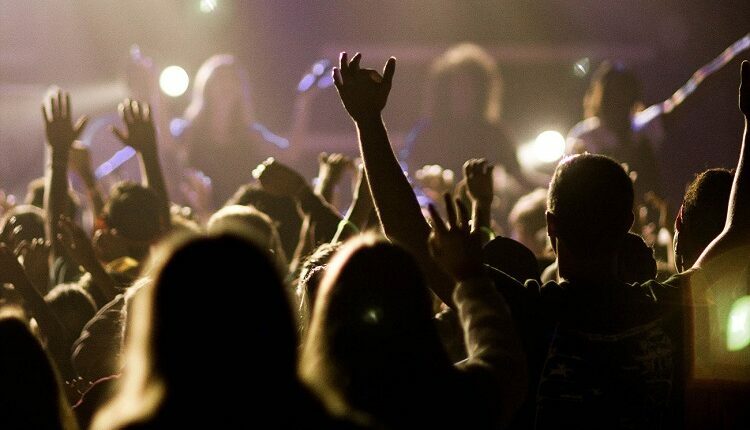 Music festivals are the nuts – an excuse to spend a weekend drinking, staying up all night and rolling around in the mud. Oh, and not to mention you get the chance to listen to some top quality music.

Secret Garden Party is the worst kept festival secret and, boy, am I happy about that! Located near Cambridge, Secret Garden Party is fantastic – with loads of cool features like a mud-wrestling pit and a room made entirely out of pillows. What’s more the site is located by a lake, which you can swim in! While not renowned for its ability to draw the biggest names in music, this festival takes on a super collection of up and coming bands and alternative acts. Plus – at Secret Garden you can be sure to find the best firework display!

Not everyone is going to get a ticket to Glastonbury, so if you are one of those unlucky people, get yourself to Fusion Festival in Berlin. This is without doubt one of the most secretive festivals in the world (Secret Garden Party – eat your heart out) and is located in an old airbase. Fusion is almost like a parallel society of music, theatre, performance, film, and installations. Also – it’s super edgy!

Shambala is like a big fairground with Ferris wheels, swings and much, much more. And that’s not even mentioning the eclectic mix of thumping live music it has to offer – In 2012, it hosted over 200 acts and DJs. At one point Roots Manuva was blasting out classics on the main stage while John Cooper Clark recited some offbeat poetry close by. Superb! Shambala also has outdoor hot tubs open all day and night. These are so cool it will make you want to put one in your own back garden!

The end of the summer is the end of festival season, but what about having one final blowout in Croatia. Set by the sea, near an abandoned fort, Dimensions festival champion’s house and techno music and that’s music that never stops. Last year was the first ever Dimensions, though it is in the same location as Outlook Festival – the only difference being the music! So that’s it – make sure you get to at least one of these festivals next summer and I am sure you won’t regret it. Do you know of any other festivals that are not to be missed in 2013? Maybe you’ve got your own festival that you want to tell people about? Let us know!

James Duval loves the great outdoors and in the summer likes nothing better than going on an adventure with his dog. Here he writes for Dunster House. If you are a music lover and want to go on music festivals visit this website: https://cluebees.com/

Fundamental Characteristics To Look For In Your Motocross Shoes

Why This Is A Right Time To Invest In Indore Real Estate Properties?

The Unique and Soulful Sound of Loranocarter+Clifton